Hi, my name is Alena. I am 12 years old and I live in Texas. Two summers ago I had the opportunity to act in a movie called War Room—maybe you’ve seen it?!

It was a lot of fun and it was probably one of the best experiences in my life. My aunt, Priscilla Shirer, was asked to audition for the lead character in War Room. The producers, Alex and Stephen Kendrick were looking for a 10 year old girl to play the part of her daughter. So… they asked her if she knew any 10 year old girls who knew how to act. She said that she knew a girl named Alena.

So I ended up auditioning for the part even though I have never done any acting before…not even a church play!

They sent me a small script and my mom and I found a quiet corner in the house and used the iPhone to record it. So basically I auditioned via video text! 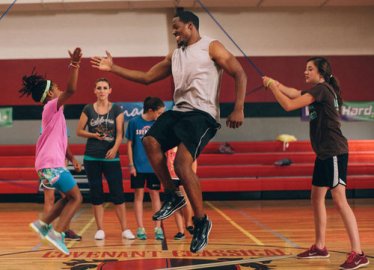 It took a few weeks before we heard back from them and finally after lots and lots of prayer I got the part of Danielle Jordan, the daughter. Remember – I had never acted before and lots of very talented girls auditioned, so I was in shock when they called. I was also so grateful and excited!

I received the call on a Tuesday and in just a few short days I was on a plane and headed to Charlotte North Carolina to film my first movie. Now people all over the world have seen the movie and God is doing amazing things in their lives!

So you see how God uses ordinary people to do extraordinary things?

So always remember this, “Don’t let your circumstances determine your future.”

God always has a plan!