In my writing class , we are learning to write chreias, which are essays about proverbs. This is one that I wrote about King Alfred. 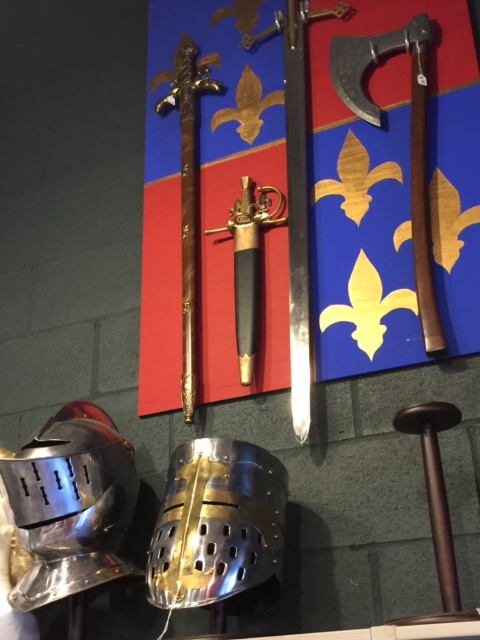 King Alfred was a smart and educated king of England. He made sure learning was prevailing throughout his kingdom and wrote the proverb, “The saddest thing about a man is that he be ignorant and the most exciting thing is that he knows.” King Alfred made sure he lived by this proverb and worked hard to make others live by it as well. Even when he was a boy he sacrificed playing time to learn and as king, he made sure others were well educated. Besides all this, King Alfred was a valiant general who helped keep his country safe.

King Alfred understood that every man is ignorant to some degree and we must work to defeat our ignorance. This proverb can be rewritten to say, “Everyone is ignorant, which is sad, but it is exciting when one acknowledges it and works to overcome their area of ignorance.” When we work hard to overcome ignorance, we are wiser for it.

King Alfred knew that people are proud and would not want to be called ignorant. When he wrote this proverb, people would not like it and would try and work in their areas of ignorance and thus would be less ignorant. This is a clever way to get people to do what you want them to do. Some of his people might acknowledge the face that they are ignorant, and they would follow the advice of this proverb anyway. Regardless his people were honest with themselves or too proud to acknowledge their ignorance, this proverb worked.

An example of someone who did not follow King Alfred’s wise advice was the English general Edward Braddock. He lived during the French and Indian war. He was used to European battlefields and did not adjust his war strategy to accommodate Indian war tactics. When George Washington politely informed him that that enemy would ambush, The General just scoffed at him and went with his own plan. Just as George Washington had predicted, the French ambushed, killing many English and American soldiers. The general was also killed in this very bloody battle and George Washington got 4 bullet-holes in his coat. Needless to say, the French won the battle. General Braddock was ignorant and did not work to change it or take the advice of someone who did.

Though it is bad to be ignorant, you can choose to educate yourself in areas where you are ignorant and benefit from it. Such is the case with King Solomon of Israel. He had just become king of Israel but he knew he was not wise enough to rule God’s people. As he said, “You have made me king in the place of my father David, but I am a little child as king of all your people so big that they cannot be counted.” King Solomon then proceeded to ask God for wisdom and eventually became the wisest king of Israel and wrote the book of proverbs, Ecclesiastes, and songs of Solomon. Solomon certainly worked hard to overcome his ignorance.

Just like King Alfred, we all have some area of ignorance and we need to overcome some of that ignorance in order to accomplish great things. However, we cannot know everything and so in the areas that we are ignorant it is best to ask someone who is not ignorant in the subject for help. For example, when I want to know context for something it is best to ask my mom for help because that will help me be less ignorant on that subject. The more you know, the more likely it is that you will know what you need to know in every situation.

One thought on “King Alfred Chreia”